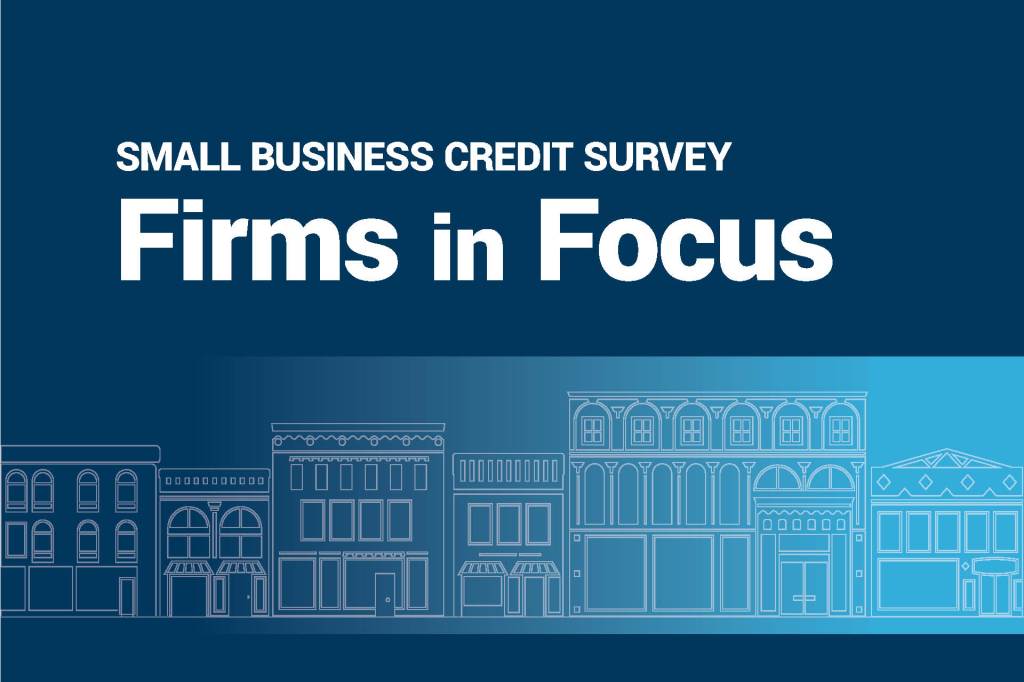 Shareable data on small businesses can be hard to come by. We have you covered with this collection of ready-to-use slide decks.

The Small Business Credit Survey (SBCS), a collaboration among all 12 Federal Reserve Banks, is an annual survey of small businesses that has been conducted nationally since 2016. The survey includes long-running questions on business performance and financing needs. Additionally, the 2021 questionnaire included special topic questions about impacts of the pandemic, access to government-provided financial assistance, and workforce challenges. Since its inception, the SBCS has provided stakeholders from researchers to policymakers valuable data about the challenges business owners face when trying to grow and fund their firms.

The SBCS also collects data about owner and business demographics. The data allow for detailed analysis of business conditions across subcategories such as race and ethnicity of the owner(s), age of the business, and geography. Since 2020, the SBCS has been particularly valuable when analyzing the differential impacts from the pandemic. For example, the 2021 SBCS found that leisure and hospitality firms lag the performance of firms in other industries. Businesses owned by people of color continue to report outsized effects from the pandemic and greater difficulties accessing financing. And the smallest firms in the SBCS sample continue to face a slew of financial challenges.

The SBCS captures the unique challenges that firms across the United States face. This Firms in Focus series is an effort to uncover some of the stories of those firms. For more SBCS information, including reports and additional data, please visit fedsmallbusiness.org.

Find Firms in Focus
slides by:

Consistently, the SBCS has shown that businesses owned by people of color face a greater number of challenges than their white-owned counterparts. For example, the 2021 SBCS uncovered that—compared to white-owned firms—businesses owned by people of color were more likely to report lingering effects of the COVID-19 pandemic on their business. Also, these firms were less likely to report successfully accessing the financing they needed, a long-running finding of the SBCS.

Around one in three small employer firms are either equally owned by a man and woman or are women-owned, meaning a woman owns 51 percent or more of the business. Women-owned firms tend to have notably different characteristics than men-owned businesses. For example, they are often younger firms with fewer employees. Also, women-led businesses tend to make up larger shares of firms in industries such as healthcare and education.

SBCS employer firms include small businesses with up to 499 employees. However, most firms in the sample have fewer than five employees. The size of the firms is closely correlated with other key business or owner demographics. For instance, firms with smaller numbers of employees happen to be among the youngest and have the lowest annual revenues.

The age of the business is an important factor when analyzing the performance of businesses. Given only half of employer businesses survive until their fifth year, lenders may perceive younger businesses as riskier borrowers than their older, established counterparts. The SBCS has consistently shown that younger businesses are much less likely than older businesses to receive all of the financing they seek in a given year.

The SBCS provides data on both urban and rural firms, which have some key differences in their demographic characteristics. Compared to rural small businesses, urban firms are more often owned by people of color and are more often immigrant owned.  The businesses also have different relationships with the financial system. For instance, while urban firms rely on larger banks for financial services, rural businesses are far more likely to rely on small, community banks.

A major finding of the SBCS is the disparate impact of the pandemic on different industries. For example, the 2021 SBCS found that leisure and hospitality firms were significantly more likely than other employer firms to say that revenues had not yet recovered since the start of the pandemic. Leisure firms were also less likely than the average employer business to report receiving all of the financing they needed in the past year.

For states with sufficient response numbers, SBCS data are available at the state level. Each state has a different small business footprint. Industry concentrations, racial and ethnic compositions of firm ownership, and the age and size of businesses vary by state. Importantly, given that each state’s small business population has a unique demographic makeup, findings about performance and financing outcomes can differ considerably.

If you have questions related to these slides, please contact Lucas Misera.