Working to be a resource for the Native American community 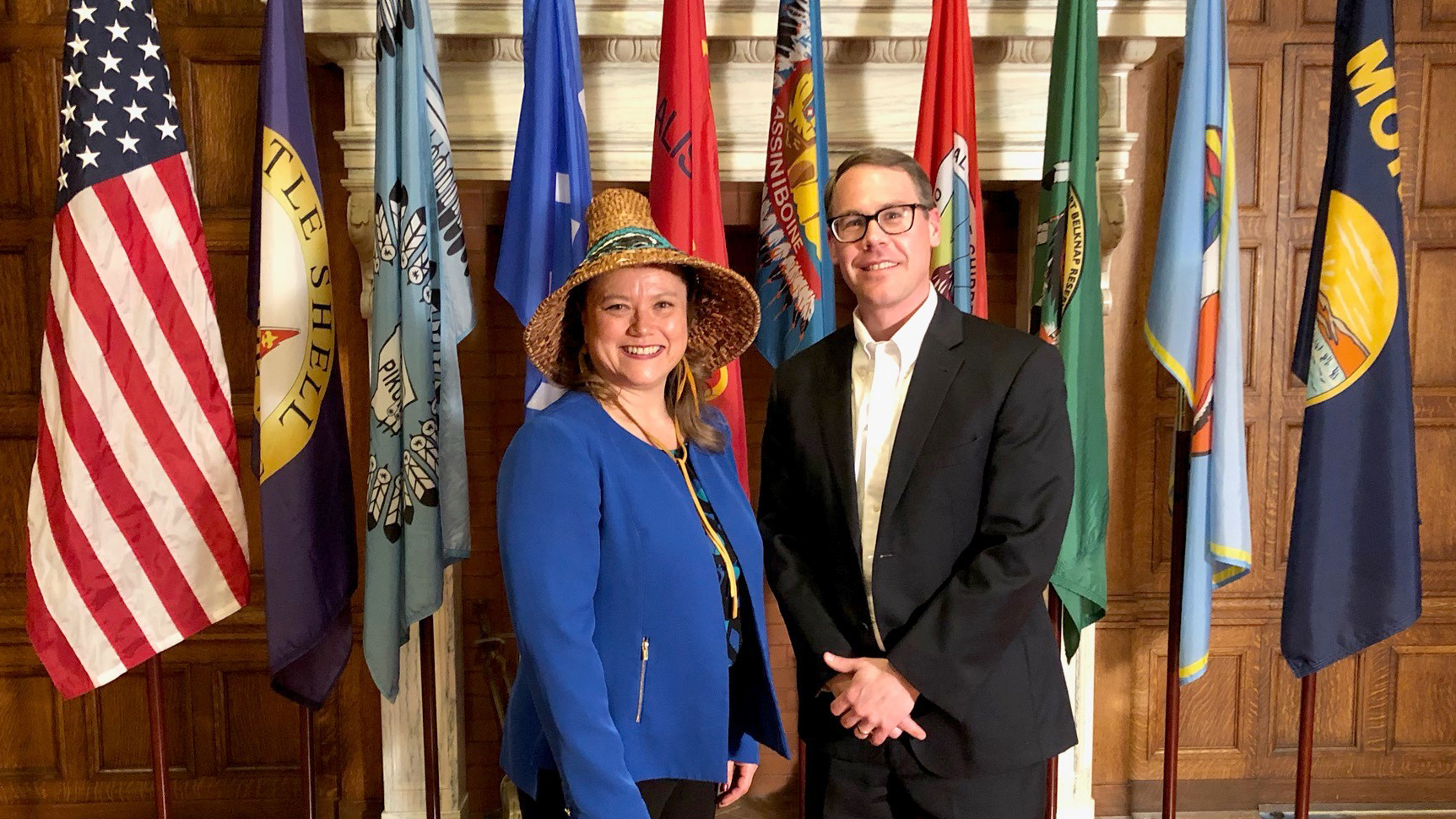 Casey Lozar, Vice President, Center for Indian Country Development, Minneapolis Fed
Top photo: Center for Indian Country Development Director Casey Lozar (right), pictured with National Congress of American Indians President Fawn Sharp at the Montana Governor’s Office in 2019.
“I went to college to come back and be a resource to the community,” recounted Casey Lozar of his early childhood ambitions. Today, as the vice president of the Center for Indian Country Development (CICD) at the Minneapolis Fed, Casey promotes the economic development and prosperity of Native Nations. He works just 174 miles from the Flathead Indian Reservation in Montana where he grew up. The Center uses applied research to help inform sound policy that will assist tribes in reaching their full economic potential.
An enrolled member of the Confederated Salish and Kootenai tribes, Casey is the middle child of 5. “My siblings and I didn’t know we were disproportionately poor because we had such a great family and community,” he recalled growing up in abject poverty. “My parents made less than $7,000 a year for much of my formative years.” The family relied on government assistance programs, income from his father’s embroidery business, and his parents’ teaching jobs to survive.
Having two educators in the household influenced Casey’s decision to go to college. He earned a bachelor’s degree in History, while working for Salish Kootenai College in their culture, science, and math camps. After receiving his master’s degree in education, Casey accepted a job outside of the reservation in Boulder, Colorado as a 6th grade social studies teacher. “For the first time in my career, I wasn’t working with and for Native people. I started working for the American Indian College Fund (AICF) to stay connected to the community as a resource.” Casey first served as the Director of Corporate and Tribal Development, and then later became the Vice President for the fund.
Shortly after his term with AICF, Casey moved back to Montana to lead the State Tribal Economic Development Commission. During his time working for the state of Montana, he developed a passion for economic development and policy.
His father’s small business was another driving force in Casey’s career. For the past 40 years, Casey has witnessed his father employ several generations of family members, including many cousins who work there today. “I experienced how powerful a small business can be to Indian Country at a visceral level. Not only do small businesses deliver goods and services, but they also provide career opportunities. Small businesses are community assets,” said Casey. 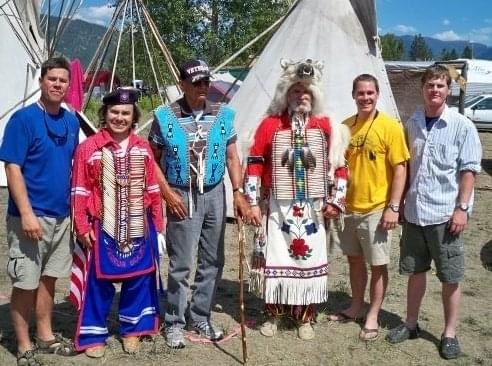 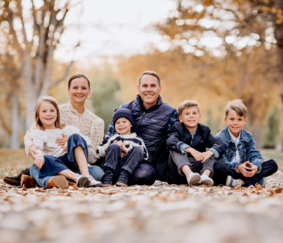 Lozar family photo, 2021.
“We want our work to help tear down systemic barriers that have disproportionally affected Indian people, who are often invisible to the larger population.” 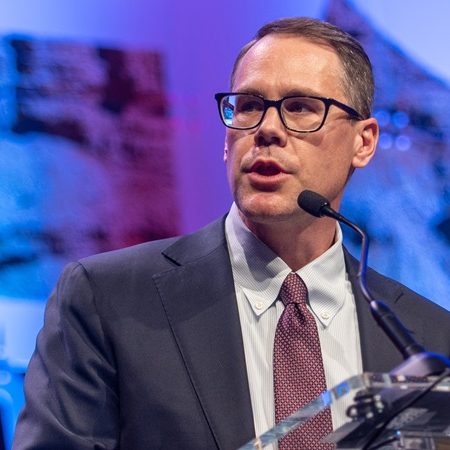 Casey’s childhood experiences serve him well in the work he is currently doing for the CICD. When he joined the team in early 2020, CICD focused on researching the effects of the COVID-19 pandemic. The social-distancing regulations and mandatory business closures significantly affected the revenue generated on reservations across the country.
“Tribal governments generate very few tax receipts, and most of their revenue production is often concentrated in the entertainment and service industry businesses,” Casey explained. “Gaming operations, hotels, concert halls, etc. were all shut down, complicating the delivery of tribal government services to members and creating tough staffing decisions,” he continued.
This economic shock influenced CICD’s focus to research more predictable revenue streams. Addressing the challenge of generating sustainable income in different economic cycles was pushed front and center. CICD ultimately aspired to provide a long term set up of economic resiliency and prosperity for decades to come. “We want CICD to not only address short term opportunities, but we also want to make sure our work has a positive impact on the next seven generations,” said Casey.
The work he and his team accomplished led to Casey being named the 2021 recipient of the Janet L. Yellen Award for Excellence in Community Development.

Getting pandemic relief funds to tribes

During the pandemic, Casey was able to assist the US Treasury in completing a historical distribution to tribal governments. Nearly $20 billion was deployed to the 574 recognized tribes across the country. For months he helped host several formal consultations and examined written and verbal feedback from tribal members. “We used self-certified tribal data, as opposed to census data, to honor the sovereignty of the tribes. I was proud to be a part of this effort.” For his contributions, Casey became the Native American Finance Officers Association’s 2022 Honorary Leadership Award recipient.
Casey’s ambitions to be a resource to the community continue as he leads the CICD in expanding their capacity to better serve all tribal communities. He concluded, “We want our work to help tear down systemic barriers that have disproportionally affected Indian people, who are often invisible to the larger population.” 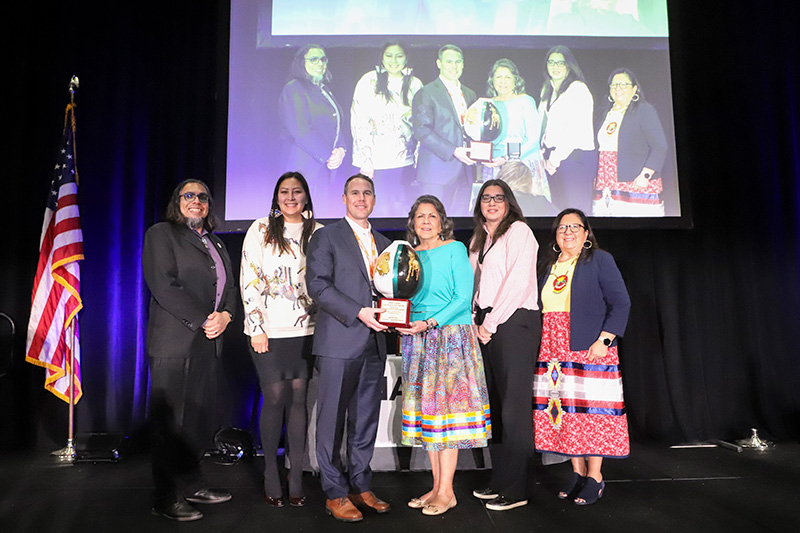