Access to broadband is more than a rural-urban divide 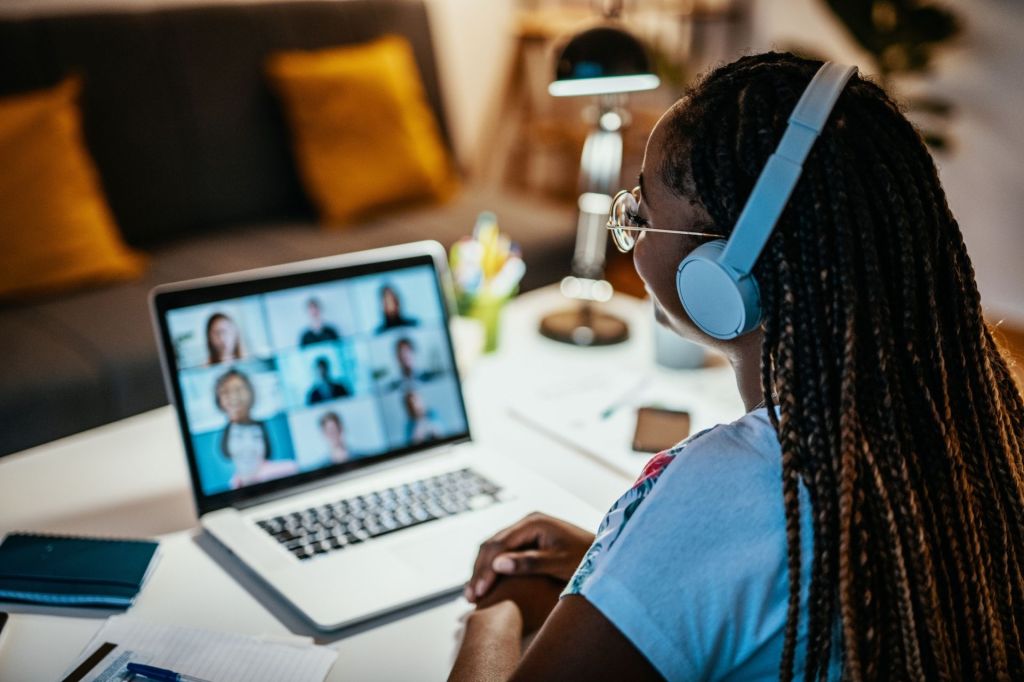 In 2019, my roommates and I chose the 100 megabits per second (mbps) internet package from our service provider. With varied work schedules and lifestyles, we figured we would never be on the network at the same time. Fast forward to 2020. Almost all in-person activities were either cancelled or facilitated online. We couldn’t field conference calls and attend class virtually without service interruptions. We quickly realized it was time to upgrade our plan.

I was fortunate to be one of many Americans able to seamlessly transition to a remote world of work, school, shopping, and banking in an effort to slow the reach of the COVID-19 pandemic. My work and social life now relied entirely on the strength of my home internet connection. Having a steady income and living within a major US city allowed me easy access to high-speed internet at a crucial time in our nation’s history.

For those without home broadband access, the pandemic has underscored just how many aspects of modern life rely on high-speed internet. And how stark the difference in access to broadband is for some Americans versus others.

What is the digital divide?

“People who don’t have high-speed internet have a much harder time accessing a quality education; performing their job; or accessing healthcare, government services, and economic opportunities,” says Alvaro Sanchez, a researcher at the Philadelphia Fed who studies access to broadband. “High-speed internet access has become a prerequisite for economic and social inclusion.”

Sanchez and Adam Scavette study the digital divide, a term coined to describe the growing gap between those who have access to computers and internet service and those who do not. Their August 2020 report Broadband Access, Computer Use, and Labor Market Attachment in Philadelphia explores the connections among internet infrastructure availability, access, and adoption according to geographic location, race, gender, and income levels.

Traditionally, lack of access to broadband was regarded as solely a rural issue because there is less infrastructure in these areas to support high-speed internet. But Sanchez, studying not only access, but also subscription rates, noticed something else.

“I found that the lowest subscription rates were in the most urbanized centers. This really changes the whole dynamic of the issue,” he says. “Low uptake in the middle of big cities demonstrates that there are more factors involved than just a rural-urban divide. We have to start talking about the impacts of racial inequity and income inequality, and why people are not able to subscribe to services in areas where the infrastructure is available.”

Have wireless plans replaced the need for home internet subscriptions?

Some households forgo computers and fixed wireline connections in favor of mobile devices such as iPads and smart phones for everyday internet access. “Smartphones are more likely to run into a data cap, let’s say of 5 gigs every month. You are more likely to run out of your actual ability to access the internet,” says Sanchez. “It’s also harder to perform certain actions like participate in a class or complete a job application if websites aren’t fully mobile compatible,” adds Scavette.

After observing trends in internet accessibility in the Third Federal Reserve District (eastern and central Pennsylvania, southern New Jersey, and Delaware), Sanchez and Scavette wanted to dig deeper into the topic. Their new report, released on June 23, focuses on the relationship between high speed internet access and people’s ability to participate in the labor force across the US.

“The labor force and industries in small- to medium-size cities differ from those of large cities. For instance, if you are in Elkhart, Indiana, where they make recreational vehicles (RVs), you can most likely walk into a plant and hand someone your resume in person to start the application process. If you are in New York, Chicago, Los Angeles, and other large cities, you don’t often have that opportunity. You have to apply online first. That means you have to have access to a device and broadband in order to be considered for the job,” Scavette explains.

How can communities close gaps in broadband access and uptake?

Throughout the pandemic, many organizations offered innovative yet temporary solutions to increase broadband access in underserved communities. However, as we transition to post-pandemic life, the need for reliable home internet connections will remain.

“As researchers, we hope to provide information that community development practitioners, community banks, and other institutions can leverage to build partnerships and work to close the divide,” says Sanchez.

Scavette adds, “Our research finds that people with high-speed internet access, especially those of prime working age, between 25 and 55, are participating in the work force at considerably higher rates across all major cities.” Sanchez and Scavette hope their research inspires organizations to generate local solutions to equip people with devices, internet access, and skills that will aid in their fully participating in the economy.