Unequal inflation: Why rising prices are not the same for everyone 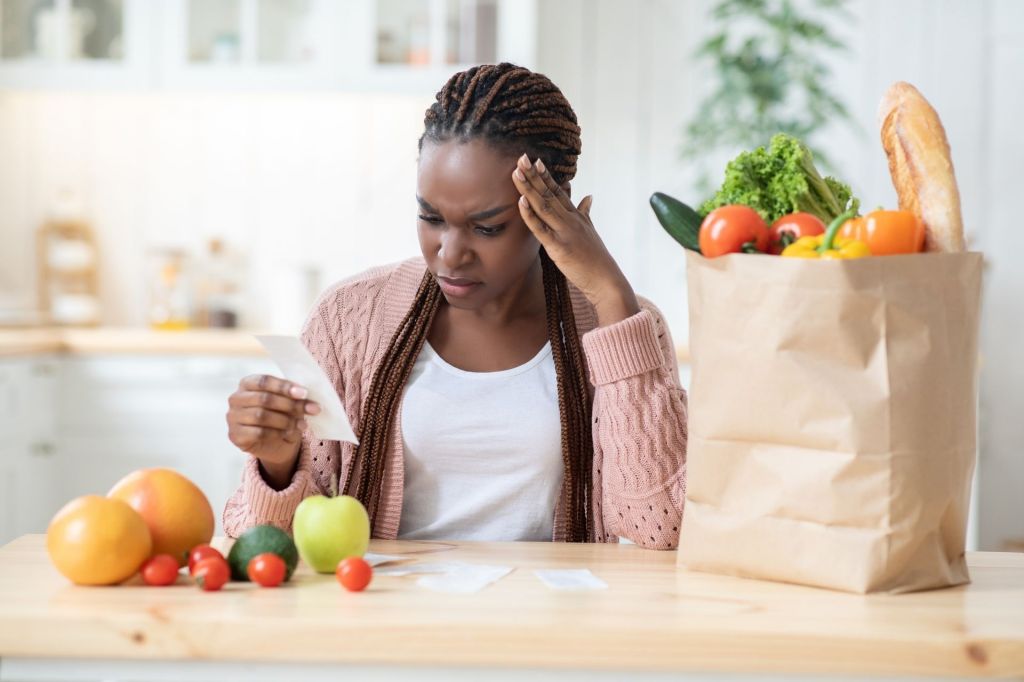 Starting in 2008, customers around the country could order a footlong sandwich for just $5 from a popular fast-food chain. The “$5 footlong” promotion was a colossal success, at least initially. The company made $3.8 billion off the sandwiches in the first year alone. Unfortunately, the $5 footlong was phased out after about five years due to rising food, labor, and rent prices. Between the start of the promotion in 2008 and 2017, when the promotion was briefly revived, the cost to make a foot-long roast beef sandwich rose from $4.36 to $5.87.

Why prices go up

Why do prices rise? For many reasons. One is when something causes the supply of specific items to shrink. Here are a few examples.

The people who still want to buy an item are willing to pay more to make sure they get it.

Also, think about those workers making those popular sandwiches. At the end of the year, they’d like a raise in their paychecks—particularly if other prices are rising. So would the truckers delivering the roast beef and the farmers growing the tomatoes. As a result, that sandwich becomes a little more expensive to make and the cost goes up. This price growth is due not to a specific event. It is a result of a general increase in the cost of living, which affects all prices.

Inflation is the term economists use to describe rising price levels in an economy. They often separate generally rising price levels—like the ones affecting the workers described above—from those that have roots in specific factors—like the costlier, drought-constrained supply of tomatoes. But all of these feed into the price level that the Fed closely watches.

One of the main goals of the Federal Reserve is to keep prices stable, avoiding large spikes or declines in prices. The Fed wants to keep the inflation rate around 2 percent a year on average. Knowing how much prices will change helps everyone, from business owners to shoppers, feel confident when they make decisions about how to spend their money.

To keep inflation stable, the Fed has to be able to measure how much prices are changing. To do this, the government tracks prices in the Personal Consumption Expenditures index (PCE). That is a fancy way of saying “things people spend their money on.” It is helpful to think of the PCE as a basket of goods and services. It looks at all kinds of household expenses—peanut butter, gasoline, shoes, doctor’s visits. Looking at all these prices together gives policymakers an idea of how price levels are changing on average.

While the PCE is helpful, it averages the costs of lots of different expenses across lots of people. In reality, my shopping basket might look quite different from yours. Some people rent apartments in big cities; others own houses in rural communities. Some people fill up on gas every week; others buy bus tickets. Some buy chicken; others buy lentils.

New research tells us that inflation may impact different groups in different ways. People’s experiences with rising prices depend on where they live, how much they earn, and how they spend. Together, this research into the inflation experiences of different groups of Americans gives us a better understanding of the questions the Fed should ask as it works to accomplish its goal of maintaining stable prices. These topics will be explored at the virtual event “Unequal Inflation Impacts,” hosted by the Opportunity & Inclusive Growth Institute of the Minneapolis Fed on April 5.

“Maybe you used to buy Yogurt A, and now you buy Yogurt B because Yogurt B is cheaper,” explained Richmond Fed economist Claudia Macaluso. “But if you’re a lower-income family … the only place for you to go is not to have any yogurt.”

When higher prices squeeze budgets, some items can be omitted from our shopping baskets, sadly if not painfully. But analysis of how low-income families spend shows that 75 percent of their expenses goes to food, transportation, rent, utilities, and cellphone service. Since these are necessities, households have to pay for them even if prices go up.

Inflation and spending on housing

The different financial considerations facing high- and low-income households are reflected in their spending on housing. The cost of housing has grown slightly faster for high-income households than for lower-income households over the last 30 years. But low-income families devote a larger share of their expenditures to housing: In 2019, 41 percent of the expenditures of households in the bottom quintile of the income distribution went to housing, while for households in the top quintile it was 28 percent. Together, these trends mean that the impact of inflation in housing costs on general inflation was about the same across the income distribution over the last 30 years.

“Maybe you used to buy Yogurt A, and now you buy Yogurt B because Yogurt B is cheaper. But if you’re a lower-income family, the only place for you to go is not to have any yogurt.”

Experiences with inflation also vary for different racial and ethnic groups. Research by economists at the Richmond Fed shows that the shopping baskets of white and Black households look rather different. Notably, the prices of the items in those baskets don’t behave in the same way. For instance, about 75 percent of white households own their own homes. In comparison, fewer than 50 percent of Black and Hispanic households own their own homes. Most mortgage payments are stable year to year, but rent can—and does—increase.

In addition, a larger share of Black households’ spending goes to necessities (such as electricity and car insurance) than white households’ spending. The prices of these necessities tend to fluctuate more than the prices of discretionary spending (such as gym memberships and full service restaurant meals). These factors create an additional challenge when trying to set budgets. On the other hand, the Richmond Fed economists find that when inflation is stable and monetary policy helps keep unemployment rates low, Black households disproportionately benefit.

To learn more about how this research fits together, register for the upcoming virtual event, Unequal Inflation Impacts.