How to get laptops to more people and communities 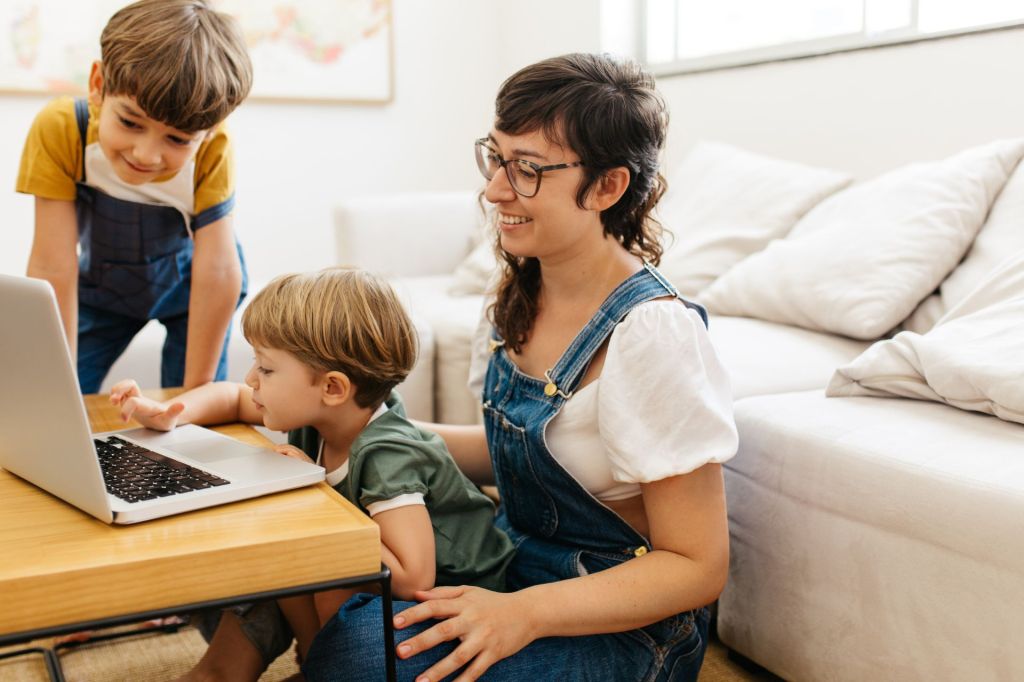 Beth Drum knew she was lucky. Drum, a senior vice president of Alpine Bank in Durango, Colorado, had both a computer and fast internet. When the pandemic closed the bank, she could work from home. Drum was troubled, though, by what others in her small community were facing.

“I started to hear these really heartbreaking stories from our Boys & Girls Club about kids and families that weren’t able to pivot as quickly as we all had to. Maybe they didn’t have a computer at all, or they were families of three or four kids and the parents are home also, and everyone’s trying to work online, and they have one computer,” Drum recalls.

According to research by Common Sense Media, the digital divide is a problem across all 50 states. About 30% of students lacked adequate internet or devices to learn from home in 2020. Of those 15-16 million students, 9 million lacked both adequate internet and devices. (The digital divide is often viewed as a three-legged stool: high-speed internet, devices and digital skills.)

Drum knew that her office had just upgraded its computers and still had the used ones. A coworker had told her about PCs for People after he attended an Investment Connection event at the Kansas City Fed’s Denver branch. Drum connected with the nonprofit, which refurbishes computers and provides them to lower income families.

PCs for People picked up Alpine’s 400 computers, and refurbished and returned them to Durango. A community partnership then distributed the computers to families in need.

Employers like Alpine Bank replace computers every three to five years, a process that involves decommissioning used computers chock full of company information. Some employers shred the hard drives. Others pay for-profit companies to wipe the drives and recycle or resell the computers. Some computers end up in landfill. A 2019 report showed that just 17% of electronics waste (computers, monitors, cell phones, etc.) gets recycled. That translates to millions of tons of mercury and other toxic chemicals released into the environment.

While employers regularly dispose of old computers, millions of lower income families, like those in Durango, struggle to afford laptops or PCs.

Nonprofit computer refurbishers can address both challenges. Many adhere to strict procedures for removing the employer’s data. Then they refurbish the computers, install new software, and sell or give the computers to those in need.

The Kansas City Fed launched the Employer Laptop Challenge in April 2020, an urgent call for donations in the face of COVID-19.  In the first eight months, the campaign generated more than 5,000 donated devices. Some employers shared that they hadn’t donated before because they either hadn’t thought about it, they didn’t know nonprofit refurbishers existed, or they didn’t realize nonprofit refurbishers could safely remove the old data.

Federal Reserve Banks have joined other employers in donating used devices. The Reserve Banks of Cleveland, Kansas City, Philadelphia, Richmond, and San Francisco have all launched donation programs. Governments, too, have begun donating used laptops. The cities of Denver and Kansas City (Missouri) each donated hundreds of devices in 2020 alone.

The FCC steps in to help

In May 2021, the Federal Communications Commission launched the Emergency Broadband Benefit (EBB) Program to connect lower income families to the internet. Along with a monthly subsidy for internet, the program also offers $100 toward the purchase of a computer. That doesn’t sound like much, but many nonprofit refurbishers charge $150 or less. The bad news is computers are still scarce.

Becoming a #LaptopHero is easier than you might think

The good news is this lack of access to computers for lower-income families is a problem we can fix, and you can help. Start by finding out what employers in your community do with their used computers. If you know employers that don’t donate them yet, ask if they’d consider it. The Kansas City Fed has some useful info about how and why to donate.

Many communities have one or more nonprofits certified in secure data destruction. If none exists in your community, several large refurbishers accept donations nationwide and may even pay for the shipping. If you aren’t sure how to find a nonprofit refurbisher, Digitunity, a national nonprofit committed to eliminating the technology gap, is one organization that can help. Digitunity connects employers interested in donating computers to a network of nonprofit refurbishers across the US.

Computers belong in the hands of people who can use them, not in a landfill. I believe that so strongly I just joined the Digitunity board of directors.