Eviction moratorium highlights need for tenants to have counsel 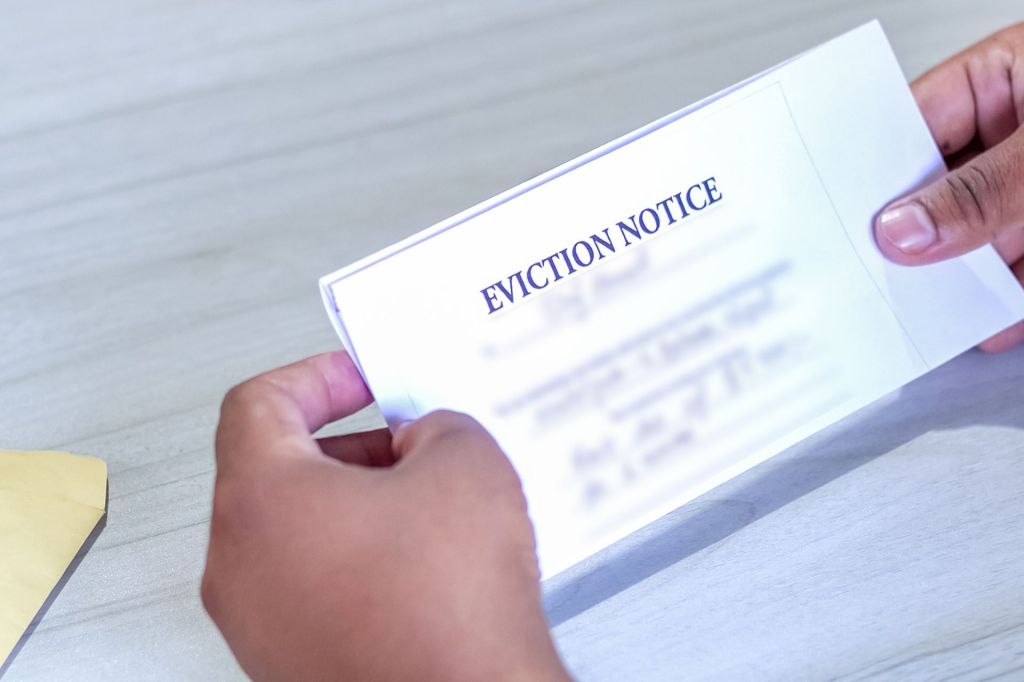 When John Pollock was in law school, he volunteered for a legal clinic. “The more cases I worked, the more I thought, ‘This is crazy,’” he said. “I was a law student, so I had some legal background. I was under the supervision of a lawyer. I was well educated. And I was struggling to keep up with some of this stuff. It doesn’t make sense making people do this by themselves.” That experience propelled Pollock into his current line of work.

A staff attorney for the Public Justice Center, since 2009 Pollock has been coordinator of the National Coalition for a Civil Right to Counsel (NCCRC). His work focuses on establishing the right to counsel for low-income individuals in civil cases involving basic human needs, including housing.

In 2020, the Federal Reserve Bank of Kansas City helped hold informational meetings on right to counsel in Oklahoma. Pollock spoke to elected and government officials and others during that process. Since then, the City of Tulsa and the Oklahoma Supreme Court Access to Justice Commission have passed resolutions in favor of right to counsel. The Kansas City Fed spoke with Pollock again in 2021.

Other Reserve Banks have also addressed the issue. For example, in 2018, the Federal Reserve Bank of Philadelphia participated in a city government-led task force to reduce evictions in Philadelphia. The Philadelphia Fed advised the task force on how data could be used to track evictions happening in the city and nationally and shared research on the effects of eviction. The task force, which included representation of landlord, tenant, and legal support organizations, recommended expanding legal counsel for low-income renters in Philadelphia. A year later the Philadelphia City Council passed a law guaranteeing representation for low-income renters.

This summer, communities across the nation braced for the end of the Centers for Disease Control and Prevention eviction moratorium on July 31. On August 3, the CDC extended the moratorium through October 3, 2021, for counties “experiencing substantial and high levels of community transmission levels” of COVID-19. However, the US Supreme Court struck down the extension on August 26.

Data from the US Census Bureau show that more than 7 million renter households were behind on rent in May 2021, and nearly half were at risk for eviction. The 7 million were predominantly households of color, people with disabilities, and other marginalized groups. While Congress has set aside more than $46 billion for emergency rental assistance, most has yet to reach tenants and landlords.

The consequences for evictions know no limits, Pollock said. “You lose your home and shelter. You may lose your kids if you don’t have a stable home, or your health if you’re forced to live on the street, or your job if you can’t live in the same community anymore. You may not be able to find another home because eviction is such a black mark. It’s almost like any bad thing you can imagine can happen because of an eviction.”

Renters with counsel are more likely to win eviction hearings. Nationally, Pollock said, 81% of landlords have counsel, but only 3% of tenants do. “When people have lawyers during an eviction proceeding, they stay in their homes more frequently. Even when they’re not able to stay in their home, some of the worst results of eviction may be avoided. The lawyer may negotiate to avoid a formal eviction appearing on the tenant’s record, for example, or obtain more time for the tenant to move.”

Washington State, Connecticut, and Maryland have passed right-to-counsel laws recently, as have jurisdictions such as Seattle, Boulder, Louisville, and Baltimore. Three cities have had right-to-counsel programs in place long enough to have data showing the impact, Pollock said. In New York City, 86% of people represented by counsel are staying in their homes. In San Francisco, 67% are staying, and in Cleveland, 93%.