‘The future … remains unpredictable’: Nonprofit and community lender team up for Philly’s Chinatown 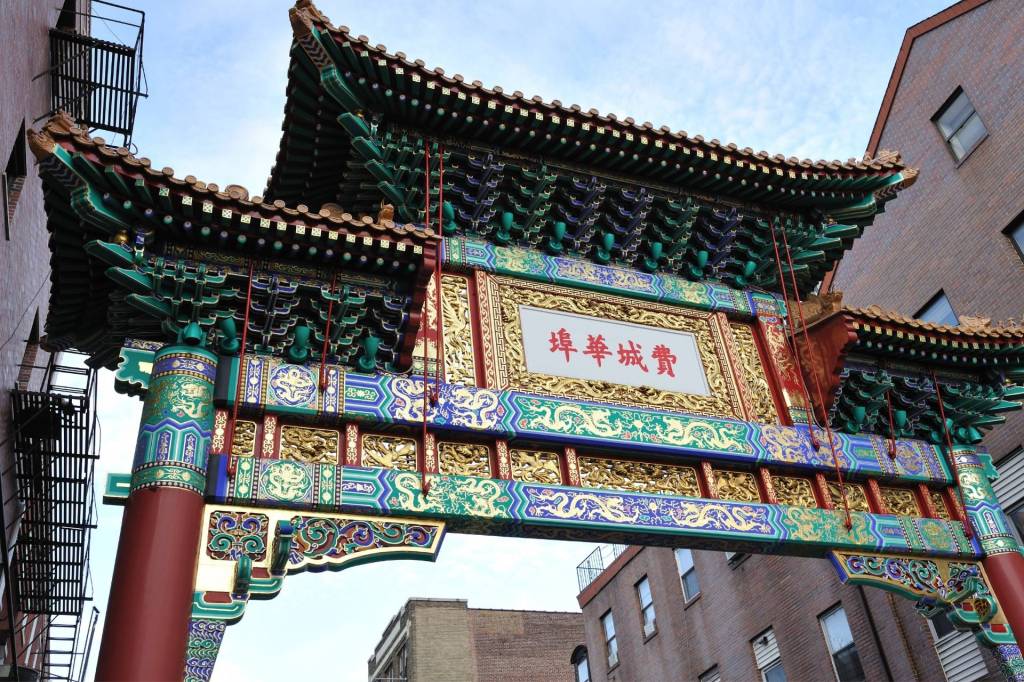 This is the story of how a nonprofit and a community lender sprang into action to keep serving people in need in Philadelphia’s Chinatown during the first months after the coronavirus pandemic spread to the United States. It is the sixth and final story in our series about the experiences of minority-owned small businesses obtaining Paycheck Protection Program (PPP) loans through community-based lenders.

When COVID-19 spread to the United States, isolating people in their homes and forcing them online to educate their children and find financial help, many people in Philadelphia’s Chinatown faced additional hurdles. Many didn’t read and write the language used on US unemployment forms and spoken in the City of Philadelphia’s news conferences. They were stressed not only by the pandemic but also by harassment from those who blamed Chinese people for COVID-19.

That stigma—that Chinese Americans and immigrants were to blame—caused business in Chinatown to slow in January 2020, months before commerce stuttered elsewhere in the city and across the nation. In fact, business slowed so much that Philadelphia’s mayor took the publicized stance of eating with other officials at a local dim sum emporium.

The mid-March shutdown mandated by the state government only added to the community’s devastation.

Before the pandemic, Philadelphia’s Chinatown was a bustling corridor. Asians and non-Asians alike dined on authentic plates such as Peking duck. Spectators filled the streets for the Chinese New Year parade and other celebrations. Tourists and residents shopped for items including lychee, a popular Chinese fruit, and a wider array of noodles than is found on conventional grocers’ shelves.

John Chin, a nonprofit leader who is Chinese and who in March winced as passersby told him to “go die because you brought coronavirus to Philly,” heard at one point that there were 20 Chinatown businesses for sale—and no buyers. He knew the brown paper and black trash bags covering some storefront windows meant people were unemployed and families distressed.

Chinatown’s traffic stayed slow even after a partial reopening of the economy. Restaurants could sell carryout. Retail shops could reopen if they implemented social distancing and required personal protective equipment, such as masks. But business didn’t recover fully.

One nonprofit that supports the neighborhood’s residents and businesses faced an avalanche of need. The Philadelphia Chinatown Development Corporation (PCDC) began receiving an average of 70 calls daily—7 times the calls it normally answers, says Chin, its executive director. With a social services staff of four, Chin quickly realized the organization didn’t have the people to individually help everyone in its 25-block service area and throughout Philadelphia.

Nonetheless, PCDC staff went to work, innovating along the way.

As soon as a news report on COVID-19 appeared or new resources were announced, staffers translated and disseminated them, usually within 24 hours. They used email and social media including WeChat, which is popular in Asia and with Asian immigrants. Borrowing an idea from another nonprofit, they also used Google Duo to video chat with people, especially senior citizens, who are less familiar with other technologies. Though they’d never hosted webinars before, PCDC staff introduced daily virtual events so they could educate those they serve in group settings. Topics included unemployment assistance, the US Small Business Administration’s Paycheck Protection Program (PPP), mental wellness, and resources for paying rent. At times, attendance for those webinars hit their limit of 100 participants.

COVID-19 exposed a truth, Chin says: There is significant inequity in America.

“Low-income people are often just a paycheck away from extreme poverty or losing their homes,” he says. “We know this from the data, but COVID-19 made the larger public aware of this issue of poverty.”

A bank and a nonprofit row together

The timing couldn’t have been worse.

It took two years and $75 million to build the mixed-use Crane Community Center—the largest project by scope and budget built in Philadelphia’s Chinatown. PCDC opened the center in November 2019, a few months before the pandemic spread to the United States. The nonprofit works to make Chinatown an inviting destination for residents and businesses through efforts including promotion and street-cleaning. It needs the center to generate $35,000 in monthly revenue to cover expenses such as rent and utilities, Chin explains.

“Our center is one of the nonessential businesses that was shut down,” Chin said in July, at which point the center was still closed. “All that revenue is gone.”

After Philadelphia partially reopened in July, the center started its first organized sports league, generating fees again, only to be forced to close a second time in late November, for six weeks, as COVID-19 cases surged. Community members who’d been using the center for education, recreation, and social services were shut out, Chin says.

So at the same time that PCDC guided Chinatown business owners in applying for loans through the Paycheck Protection Program, through which the Small Business Administration (SBA) provided loans to businesses impacted by the pandemic, the nonprofit itself sought help, too. What its staff found most attractive about the program was its forgiveness component, meaning borrowers don’t need to repay PPP loans if they meet certain criteria.

“The future was and remains unpredictable,” Chin says. “We did not know if we had the ability to repay a loan.”

The PPP lifeline allowed PCDC to keep staff members employed and serving their community. Suddenly experts at pivoting, they put on the back burner certain things they traditionally do—for example, youth programming and community planning—and assumed new roles related to operating and communicating during a pandemic.

“Healthcare workers and the first responders are the front line, but social services agencies like ours are right behind them,” Chin says. “You have folks taking care of the health of people who may be getting sick, but taking care of the economic devastation is just as important. Any assistance we can offer to ensure that families are applying for and getting financial relief [on the federal, state, and local levels] is really important.

“We are all in the same boat,” he adds, “a boat that we all have to row together in the same direction to survive this.”

Pushing and pulling the oars alongside PCDC is Asian Bank, a minority depository institution the nonprofit has banked with for years. During two months this spring, the bank lent small businesses 210 PPP loans totaling $8.2 million. Asian Bank also introduced its own relief program, lending an additional $1.9 million to increase the credit available to existing borrowers.

The PPP loans alone represent probably 10 times the number of loans and 2 times the dollar amount it usually lends during a comparable timeframe, says James Wang, president and CEO of Asian Bank. Existing customers, attorneys and accountants, and community groups were among those calling and emailing the bank based in the heart of Chinatown. “Some business owners had originally gone to their large or regional banks and for some reason weren’t getting these loans approved. Lots were owner-operators who have a huge stake in things working out—they want their employees to get paid.”

Many of the business owners seeking financial relief were Asian, though not all. As a minority depository institution (MDI), Asian Bank is geared toward serving minority and historically disadvantaged communities. Like the people PCDC helped, many of Asian Bank’s customers, some of whom are first-generation Americans and recent immigrants, speak Chinese only and didn’t understand the PPP and its forms.

“That put us in a position to translate, and even though we’re fairly comfortable speaking both languages, there’s that concern: Am I translating this correctly? Am I not telling them some of the details that are also very necessary?” says Wang, who speaks Mandarin. The SBA did provide some forms in Chinese later.

Wanting to ensure loan forgiveness would be available for its borrowers, bank staff dove deeply into new customers’ financials and personal information. “If we did it willy-nilly, the customer may not be able to get the loan forgiveness, and if we didn’t do it correctly on the bank’s behalf, the SBA may not guarantee the loans,” Wang explains.

This October, months after they borrowed from the PPP, many of Asian Bank’s borrowers were holding off on requesting loan forgiveness with the hope that there would come a streamlined forgiveness process. In order to provide the documents necessary, most have to involve a third party to assist. For those who borrowed smaller amounts, having to pay again for such third-party help feels like an undue burden, Wang explains. Most are also disappointed that if they received a forgivable advance grant as part of the SBA’s Economic Injury Disaster Loan program—one type of loan available to help businesses recover from disasters—the amount of that grant will be deducted from how much of their PPP loan will be forgiven, he adds.

Chin with the PCDC had hoped the PPP funds would support his organization through the pandemic and shutdown, but “we have spent the PPP on staff, [and] the pandemic is still causing havoc. We now are uncertain when our revenues will return to support our operations and free services to low-income residents.”

He’s heard that many foundations may have to curtail future grants because they issued an unprecedented amount of them in 2020. So nonprofits like his will need additional government support in order to survive, Chin says. He suggests more federal funding and hopes that lenders, in their efforts to comply with the Community Reinvestment Act, will do more to support underserved communities.

Having spoken not just with his borrowers but also with other minority depository institution leaders, Wang says the focus for banks like his has been on helping communities survive a recovery “everybody knows will be long and choppy.” It’s a critical, outsized role for these smaller community lenders. Asian Bank is one of three MDIs in Pennsylvania and 143 in the country as of June 30, 2020, according to the Federal Deposit Insurance Corporation.

“Communities need banks that understand and are flexible,” he says. “This is it for us: Communities and small businesses have our undivided attention and willingness to serve.

For more about the Fed’s work on small businesses, including access to credit, see Fed Small Business and the Federal Reserve COVID-19 CDFI Survey.