‘I Can’t Believe I Got a Real Person’: Small Bank Answers Businesses’ Cries for Help 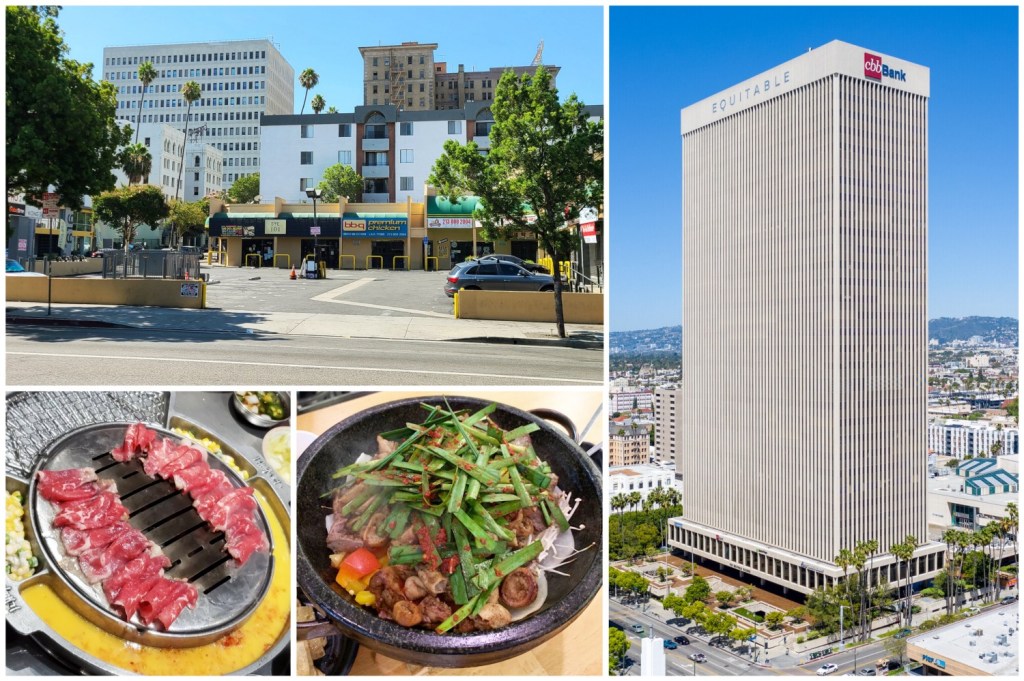 This story explores the experience of a small, minority-owned business in Los Angeles that received a Paycheck Protection Program (PPP) loan through a community-based lender to keep paying its employees during the COVID-19 shutdown.

In the 15 years they’d been in business, Devang Mehta and Sagar Parikh had never been so busy or so frustrated. Clients of their accounting firm were calling for answers that Mehta, Parikh, and their staff didn’t have in the throes of COVID-19.

During the first weeks in April, during tax season, the initial round of Paycheck Protection Program (PPP) loans opened for small-business owners, and Mehta and Parikh each averaged 40 hours per week on the phone. The forgivable-loan program for small businesses hurt by the pandemic was new, and so were the challenges: Los Angeles-based Parikh Mehta & Associates’ bread-and-butter clients include midsize hotels, and some were making money one day and were not the next.

“We had a client who had a capacity of around 180 rooms, and they had just one room occupied for a couple nights in a row,” Mehta recalls. “He completely shut down. He said, ‘There’s no point now.'”

Other hotel clients had to drop their average rates to less than half what they normally charge just to book rooms.

Parikh Mehta & Associates’ experience during the pandemic is one unique to some small-business service providers: It navigated the U.S. Small Business Administration’s PPP loan process for its clients and for itself. 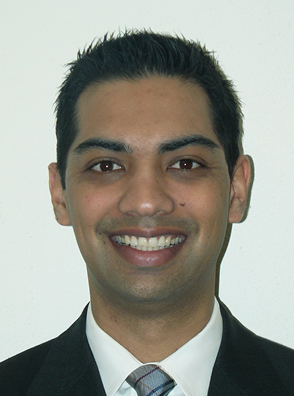 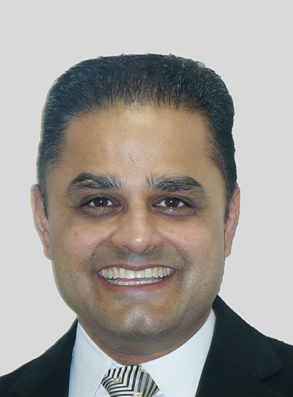 The firm serves a wide range of businesses across the country, including hotels and dental practices, and the hardship many of the firm’s clients faced meant those clients would need to delay paying Parikh Mehta & Associates. “We’re still having to do the work, but we’re not able to collect,” Parikh says. “We can’t be so cutthroat that we’re not helping our clients during their time of need. They’ve been with us for a number of years.” To get over the hump, the firm sought its own PPP loan.

Mehta and Parikh are minority business owners, and 75 percent to 80 percent of their accounting firm’s clients are minority-owned companies. They’ve seen firsthand and through their clients what news outlets have reported: Small-business owners were less successful at getting PPP loans, especially during the program’s first round in April.

The firm encountered its own dead-end when it tried to get PPP money through a large institution. In fact, Mehta and Parikh were waiting on a PPP loan as the first round of funding ran out. They dipped into their savings, informed their 20 employees that their tax-season overtime bonuses would be delayed, and warned that pay cuts were possible. They then turned to a different institution, Commonwealth Business Bank, a minority depository institution with roots in the Los Angeles Korean American community. With CBB Bank’s support, the firm obtained a $199,000 loan during the PPP’s second round.

No pay cut for Parikh Mehta & Associates staff would be necessary, and its owners breathed a sigh of relief.

Before COVID-19, it was hard to find a parking spot or a seat inside restaurants Thursdays through Saturdays in Koreatown in Mid-Wilshire, the Los Angeles neighborhood where CBB Bank is headquartered.

Patrons hopped from place to place, crowding the streets and eating all they could—that’s the promise—of popular Korean BBQ, meats marinated in soy sauce and sugar, grilled at customers’ tables.

“A ghost town” is how CBB’s bankers described Koreatown this June. The traffic and the noise and the crowds all disappeared as the pandemic spread to the United States. Restaurants closed. “We don’t smell or hear much at all nowadays,” says David Um, senior vice president and regional manager of the bank’s Small Business Administration (SBA) lending.

“It’s almost like the whole soul of the city was sucked out,” agrees his colleague, Oliver Shin, the bank’s first vice president and SBA deputy manager.

Preparing for the worst means Kim is prepared to set aside more money to weather this time. Still, as of late June, CBB Bank had funded more than 1,150 PPP loans totaling $92 million—more loans than it’s ever made in a matter of weeks, Um says.

To preserve cash while its people worked midnights and weekends to get those funds flowing, CBB Bank borrowed $60 million from the Federal Reserve, which has been lending to banks and other lenders so that those lenders, in turn, could keep money flowing to small businesses. (Before the Fed lends in this way, the lender must have already made some Paycheck Protection Program loans and must put those loans up as collateral. This infographic explains more.)

As a minority depository institution, CBB Bank is majority-owned by Korean Americans and serves minority communities. Business banking is its specialty.

CBB Bank’s people report what Mehta and Parikh have reported: Many small-business owners did not feel supported by large financial institutions in accessing PPP funding.

Many told CBB’s bankers they never heard from a human at other banks—”the response was, ‘don’t call us, we’ll call you,'” Um says. “That itself is really discouraging for the business owners out there, especially when they’re desperate. Even in good times, some don’t have the knowledge about how and what to apply for when they need funds.”

Parikh understands why large banks proved less helpful to small businesses: Institutions were probably inundated with requests for help and had a vested interest in helping large, existing borrowers stay financially solvent so the borrowers could keep paying them back.

The first round of funding ran out in roughly a week. “We were shocked at the way these mega-trillion-dollar banks hogged up the fund,” CBB Bank’s Kim says. “There were so many small-business people who could not get the money. The second round, we were ready. We worked day and night.”

CBB Bank primarily serves businesses owned by first- and second-generation immigrants, and prior to COVID-19, those customers were actively seeking money for real estate transactions, to acquire other businesses, and other expansion, says Joanne Kim, president and chief executive officer. “The pandemic changed everything,” she continues. “It’s become very quiet. People are scared. We are scared. If customers are doing well, we’re doing well. We are preparing for the worst and hoping for the best.”

Shin with CBB Bank begins to tell a story.

“We were receiving hundreds of phone calls and hundreds of emails,” Shin begins. “Sometimes we get caught up in numbers. A lot of times people are defined by their financials.”

He remembers answering one call from a woman seeking a PPP loan. “The first thing she said was, ‘Oh my God, I can’t believe I got through to a real person.'”

When she and her husband arrived in the United States eight years ago, they’d spent their life savings to open a sidewalk café serving breakfast, brunch, and lunch. COVID-19 was devastating their business, and she’d tried every major bank in town, answered only with automated systems and referrals to websites. She’d reached the point where she could no longer pay her five employees, who’d staffed the café from the start.

Shin heard her, and then he heard the kids. “One thing that really got to me,” Shin shares, “I could hear her children playing in the background. That’s when it really hit me: These are not just businesses, these are not just applications, these are real people going through the struggle. That’s one thing we sometimes forget—even as a former small-business owner myself. I remembered the struggles I went through when I was owning and operating my small business. I thought, what if I were in her situation in danger of losing that?”

CBB Bank processed a loan of roughly $10,000 for the café owner.

“She was ecstatic,” Shin says. “We as bankers don’t think of our having the power to ‘save people’ — we’re not doctors. But for the first time in a really long time, the Paycheck Protection Program made me feel I could make a difference in someone’s life.”

Shin’s colleague, Um, looks forward to a return of the noise and the energy that used to fill Koreatown, but he’s concerned. Many restaurants in crowded Mid-Wilshire operate in very small spaces, and the new social distancing requirements may mean it takes them two to three times the turnover to serve the number of patrons they used to. He’s afraid they won’t survive. Because of uncertainty in the economy, CBB Bank is lending more cautiously and conservatively at a time when it’s observing a lot more demand for business loans. Action by the SBA to increase its guaranty, or the percentage of SBA loans the government will repay in the event a borrower defaults, could motivate banks such as CBB to lend more aggressively despite the risk, Um says.

That’s what the SBA did during the Great Recession, Kim notes.

“Without that help, I’m afraid we might have to sit by and watch these restaurants struggle to survive,” Um says. A bank can’t lend money to a business when it knows a situation makes it very unlikely the business will repay, he explains.

The owners of Parikh Mehta & Associates also urge legislators and decisionmakers to keep the support coming, particularly for those industries such as tourism most burdened by the shutdown. Rent and mortgage relief are two actions that would help, given that property costs are generally a business’s highest fixed cost, Parikh says. Tax credits and loans with longer paydown periods would also help.

Hindsight being what it is, it’s true that the PPP had its flaws, but “the job was still done,” Parikh says. “I think that gets overlooked, but at the end of the day, when it comes to our client base, everybody that wanted the PPP got the PPP, and in most cases, it was highly beneficial. People got paid.”