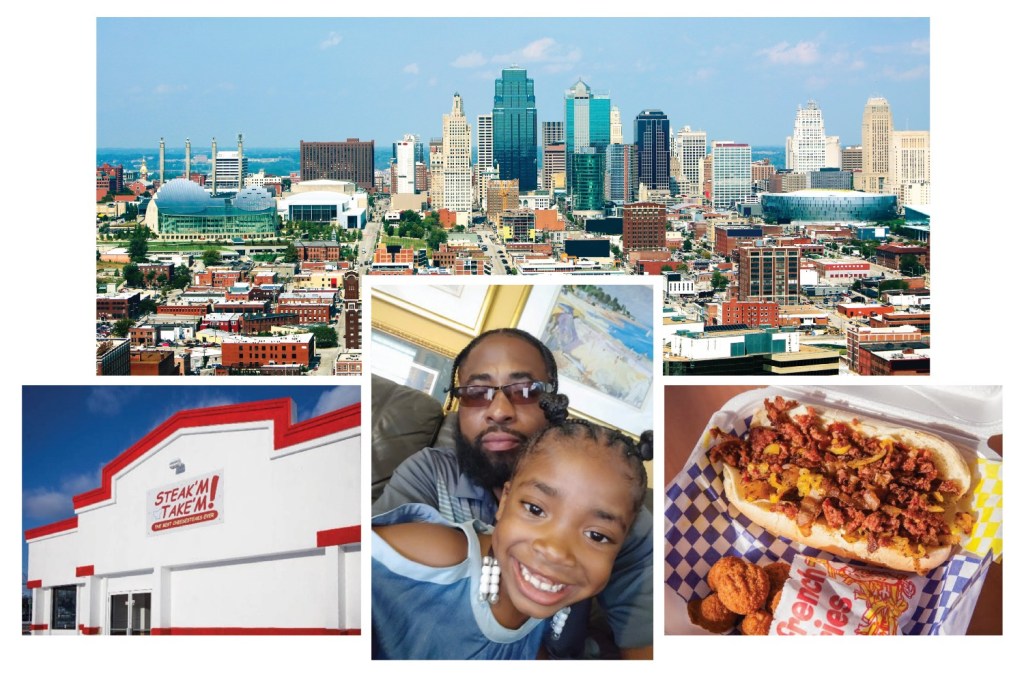 This story explores the experience of a small, minority-owned business in Kansas City, Missouri, that received a Paycheck Protection Program (PPP) loan through a community-based lender to keep paying its employees during the COVID-19 shutdown.

The night before certain Kansas City restaurants stopped smelling like barbecue, Justin Ikerionwu paused the TV to look out of his apartment window at downtown. He felt himself going down a rabbit hole of fear, consumed with what was known and unknown about COVID-19 and the way his Missouri community was shutting down. The streets below were empty.

“You can see everything unraveling,” he remembers. “It was a lot of heavy emotion, just thinking about how drastically lives could be changed. This was a huge shift in the timeline of all of our lives.”

The next day, March 12, Kansas City’s mayor placed the city in a state of emergency because of its rising case numbers. Most years, when warmer weather returns, downtown is filled with people congregating in every corner. But this year’s global pandemic stripped the city of spring crowds and the saucy smell that emanates from restaurants, each confident that its barbecue is the city’s best. Even though businesses have since reopened and people have resurfaced, Kansas City hasn’t felt the same to Ikerionwu.

A business development officer with the nonbank lender AltCap, Ikerionwu has heard business owners’ uncertainty: They’ve felt unsure, not only about what help they needed regarding loans, but also about what they were going to do with their businesses period. “I don’t think anybody had a clue what to do,” he says.

What was known was that people needed financial relief. In all of 2019, AltCap, a community development financial institution serving seven counties on both sides of the Missouri-Kansas state line, made about 40 small-business loans. Between March through mid-August of this year alone, it made 178 of them, including 64 Paycheck Protection Program (PPP) loans through the U.S. Small Business Administration (SBA). In all, AltCap lent $1.1 million in PPP loans and more than $2.8 million in 114 low-interest loans through a COVID-19 fund of its own focused on helping businesses. In the days after AltCap announced that COVID-19 fund on the local news, it received more than 600 calls from businesses across the region.

Certified by the U.S. Treasury, community development financial institutions, or CDFIs, are a source of capital in low-income communities for underserved people and businesses for which traditional lenders’ credit score and collateral requirements can be barriers. CDFIs go beyond what most lenders typically provide, offering technical assistance to help people and businesses build credit and access professional services, in addition to capital. Think of them, Ikerionwu says, as a stepping stone that helps people and businesses build a financial history that enables them to later borrow from more traditional lenders such as banks.

Like numerous other CDFIs, AltCap connected small-business owners with PPP money during the second of two rounds of the SBA’s forgivable loan program for businesses impacted by the pandemic. CDFIs’ collective ability to get borrowers PPP money was important, Ikerionwu says, given reports that nearly half of minority business owners feared they’d have to close. What’s more, the media and conversations AltCap staff have had revealed that few business owners of color were getting PPP funds.

The speed with which the pandemic paralyzed business activity and the confusion around the PPP caught people off guard, but the real barrier for many business owners seeking a PPP loan proved to be not having preexisting relationships with lenders that could help these owners submit their applications. Those who had relationships with lenders before COVID-19 were the first to get PPP help, Ikerionwu says, while others often heard unsettling silence. Many people of color didn’t have the banking relationships that proved so valuable and the financial documents required to quickly apply, and that kept some from trying, he adds.

Isolated by the pandemic, AltCap’s staff could no longer spend their days meeting with business owners, so Ikerionwu instead worked to help people from his kitchen island. Many on the other end of his phone calls were really down and really afraid. AltCap leaned on community partners such as the area’s minority chambers of commerce to help identify borrowers in need. The search found plenty. Of the 64 PPP loans AltCap made, 36 were to minority-owned businesses, and of those, 29 were to Black-owned businesses.

A sandwich shop under pressure

Even before the pandemic sliced in half the daily sales of his Philly cheesesteak restaurants, Shelton Ross had suffered some unexpected setbacks. In January 2019, his best-selling Steak’M Take’M location was destroyed by a gas explosion. “Nobody was hurt—I would have been devastated,” he says. Then, after Ross and his brother and business partner Micah borrowed from AltCap to open another restaurant close to the location they lost, an especially icy winter chilled sales, prompting them to borrow again from another lender.

By early 2020, though, Ross was feeling optimistic. Every year around tax refund season, business picks up for Steak’M Take’M, which today counts a trio of locations in Kansas City and 15 employees. But the pandemic kept customers from ordering his Phillies, topped with a salty, secret-family-recipe seasoning, the way they normally do.

“I really got kind of depressed then,” Ross recalls. “Just struggling, calling all of the people I owe money to, robbing Peter to pay Paul, trying to last and see what would happen. It was a real trying time. I’m glad I was able to hang in there and find some help.”

Ross first turned to a large bank he’d banked with personally and professionally for two decades to try to obtain a PPP loan. But as the crisis unfolded, he heard from that bank only via email and not very often. When he saw news that AltCap had been approved to do PPP lending, he jumped at connecting with its staff. He knew from past experience that AltCap worked often with minority-owned businesses.

Positively affecting minority and underserved communities throughout Kansas City is part of AltCap’s mission. Over time, bank practices—including redlining, or denying loans to creditworthy applicants in certain neighborhoods—have shut out people of color from financing opportunities, such as mortgages and business loans, and, as a result, many minority communities mistrust the financial sector. “Those things are systemic, and they don’t go without notice or knowledge within the community,” Ikerionwu says. “Throughout time, people of color have tried to approach more traditional institutions, and systematically banks have kept these communities away from the financial resources they need to grow and thrive.”

AltCap ultimately secured close to $14,000 for Steak’M Take’M, which kept selling and serving food through its drive-thru window while many eateries shut down. The restaurant still took a big hit before business started picking back up in mid- to late June, but Ross hasn’t needed to lay off anyone.

The pandemic taught Ikerionwu a lot about responding during times of crisis. Reacting quickly, lending based on the situation at hand, and finding different ways to get the job done—even from one’s kitchen—are all really important, he says.

“Times of crisis are necessary times for innovation,” he adds. “You can’t be fearful of change and stepping outside the box.”

But to do PPP lending, AltCap and other CDFIs needed others’ support. AltCap, for example, borrowed almost $1 million using a line of credit with Pittsburgh-based PNC Bank to make the PPP loans it’s made. (It had the capital to do them but wanted to use that capital to lend through its own COVID-19 fund, helping more businesses in more ways.) AltCap also enlisted local accounting firms to prepare calculations for small businesses. Whether the PPP loans will be forgiven later, meaning they won’t need to be repaid, hinges on the accuracy of certain calculations. If their loans aren’t deemed forgivable, PPP borrowers must repay within two years.

Going forward, small businesses will need funding to operate in the post-COVID-19 era, Ikerionwu adds, noting how storefronts and workplaces need personal protective equipment and ways to create six-foot distances, both changes that cost more money. “There’s still this fear lingering out there: What if there’s another lockdown? What will we do during those fall and winter months if cases continue to rise?” he says. What businesses need, he asserts, is financing that’s more patient and more innovative—for example, loans that require repayment based on a business’s revenues rather than a flat repayment plan. For its part, AltCap spent late June asking small-business owners what would help them into the future.

Steak’M Take’M’s Ross answers simply: More lending to businesses that have proven themselves over a period of years. Financing is so critical.

The PPP loan Ross received this year preserves more than the jobs he creates. It preserves the way of life he’s chosen: to own and grow a family business.

“Even though owning a business is risky and stressful, I like not having someone decide when I get promoted and being able to have free time with my kids,” Ross says. “That’s why I do it—to control my own destiny.”